The Daughter of Thera: A Masterpiece of Greek Antiquity Revealed 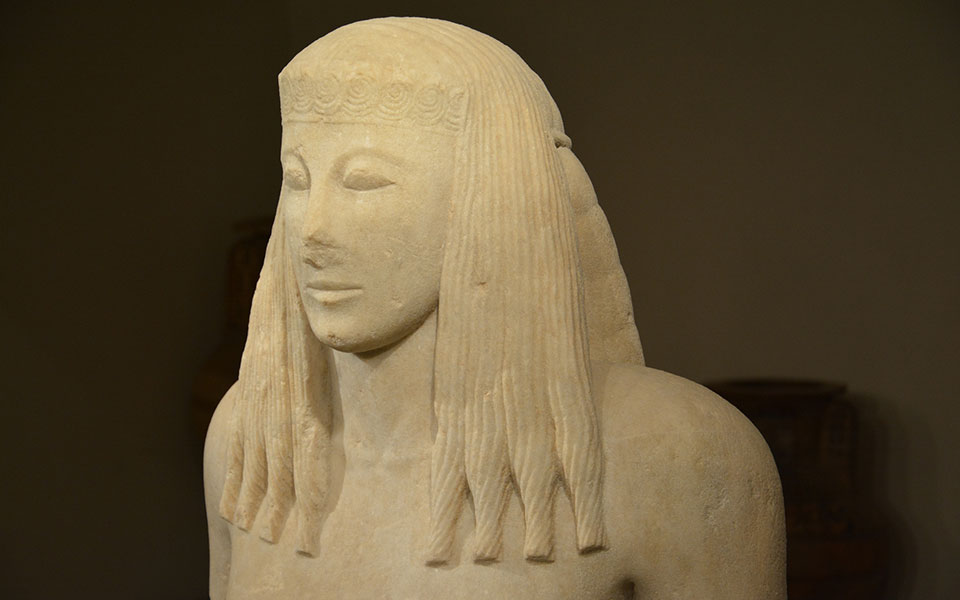 The Daughter of Thera, a unique masterpiece of Greek sculpture from the seventh century BC, has been fully unveiled after being discovered by accident in November 2000. The statue was found by the Theraean archaeologist Charalambos Sigalas during rescue excavations in the cemetery of the ancient city of Thira, in southeast Greece. With the exhibition “Theraic Murals,” the Ephorate of Antiquities of Cyclades wrapped up the Museum of Prehistoric Thera’s exhibition schedule in August 2021. The entire remarkable collection of intact prehistoric wall paintings from Akrotiri was first made public with the publication of “The Treasure of the Prehistoric Aegean,” which described them. The services of the Ministry of Culture have already begun the extensive repair of the Archaeological Museum of Thira, which holds the magnificent historical exhibits on the island. The Daughter of Thera will serve as the centerpiece of the museum’s now under renovation. The 2.48m-tall, mythical-sized antique pupil made of white Naxos marble. It is nearly intact thanks to the inset peg at its base. The sculpture is one of the few surviving examples of the large, prominent early Greek sculpture in stone, which is expressed with the statuesque types of the kouros and the daughter, these archetypal expressions of the beauty of the time. Only the tip of the nose and the arm of the bent right hand resting on the chest are missing from the sculpture. Our understanding of the daughter type in the second half of the seventh century BC is particularly complemented by the almost-complete statue of a female figure wearing a long Doric veil, as its flawless preservation shows its artistic traits and its distinctiveness. Completing earlier, of the same era, discoveries also from the cemetery of Ancient Thera – parts of daughters and maidens in the pioneer Naxian tradition, in a poor, but still preserved, state, further highlights the economic prosperity and the desire to promote the Theraean aristocracy of the time, as well as her aesthetic preferences and her close contact with the artistic process. However, the excavator’s interpretation of the statue as a funerary sculpture is considered safe because, among other things, it was found placed in a supine position in an area of archaic burials, next to the ancient stone-paved road that crossed the cemetery leading to the ancient city. Excavation of the larger area where the statue was found to locate its base or connect it to a specific burial produced no additional relevant evidence. The marble statue of Koris emerges from the archaeological storage as the Museum renovation project moves along and is anticipated to be finished next year. The Ephorate of Cyclades will display it for the first time to the public in a periodic exhibition that opens on September 4, 2022, under the patronage of Minister of Culture and Sports Lina Mendoni. As a prelude to the functioning of yet another iconic museum space in Santorini, the statue’s temporary exhibition will give both island residents and visitors the chance to examine this early masterpiece of ancient Greek art. Thira is one of the most popular tourist destinations in the Mediterranean because of its monuments, archaeological sites, museums, and cultural legacy as a whole. At Santorini Wonders, we organize private and guided tours by official licensed guides, visiting the highlights of the historical monuments. Specifically, our guided tours are here.

Our Best Tours in Santorini